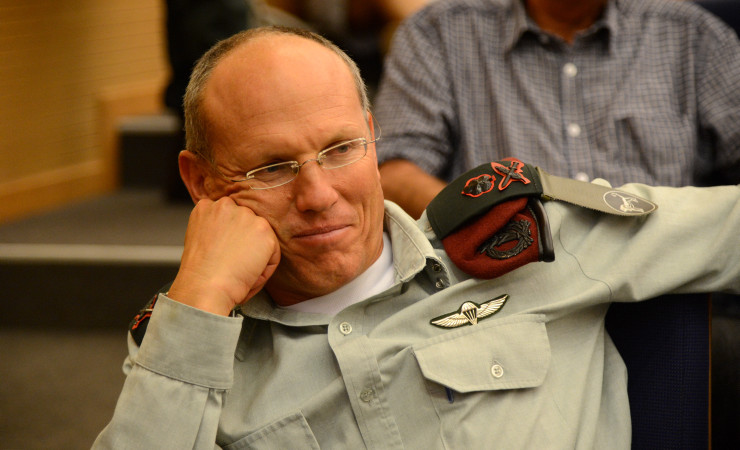 JERUSALEM — In a series of public statements, top-ranking generals in the Israeli Defense Forces (I.D.F.) have challenged Prime Minister Benjamin Netanyahu’s explanations of recent stabbings and attacks on Israelis by Palestinians, insisting that the recent wave of violence can be attributed to “Israeli actions and the ongoing impact of the occupation on Palestinians.”

Dissenting views were first heard in October from two active-duty generals who are considered by a retired senior Israel Defense Forces officer to be “among the army’s top experts on Palestinian affairs.” First to speak out was Major General Nitzan Alon, chief of General Staff Operations Directorate operating in the West Bank. He was followed by Brigadier General Guy Goldstein, deputy chief of the Coordinator of Government Activities in the Territories.  They warned that the “rise of Palestinian violence against Israelis would not abate until there is significant change, primarily on the diplomatic front.”

These statements were immediately seen as directly at odds with the consensus among Likud and Prime Minister Netanyahu’s mainly right-wing cabinet. The Israeli prime minister has stated that the violence is an expression of “a deep-seated hatred of Jews” and part of global “terrorism” linked to ISIS.

Since late November, however, numerous high-ranking military voices in Israel have joined those of Major General Alon and Brigadier General Goldstein. As American journalist J.J. Goldberg said in a recent article in The Forward,  “when active-duty generals speak out against the firm views of the prime minister, it marks a major shift from the past, when the only dissenting voices were those of retired officers and reservists.” The increasing number of critics inside the military, he added, is causing grave concern within the Israeli government in Tel Aviv.

Seven additional ranking in-service I.D.F. officers have gone even further than Mr. Alon and Mr. Goldstein by endorsing a report by the Israeli human rights organization B’tselem, titled “Causes and Conditions of Wave of Palestinian Attacks: Going Beneath the Surface.” The report lists ten factors as “direct and material causes” behind the wave of stabbings and other attacks, which some have referred to as a “third intifada.” Published on the group’s website, these findings were based on in-depth interviews with some 500 Palestinian officials, journalists, professors and students at Bir Zeit and Al Quds Universities; civil society groups, and residents in Ramallah, Nablus, Bethlehem, and East Jerusalem; Arab citizens in West and East Jerusalem; and Jewish scholars at Hebrew and Bar-Ilan Universities.

Included among the report’s “causes and conditions” are mounting settler violence and attacks on Palestinian civilians; a “steady stream of discriminatory, anti-democratic laws targeting Palestinian citizens of Israel;” and the growth of right-wing fundamentalist influence and cabinet appointments within the Israeli government.

Other issues mentioned in the report are: continued house demolitions as a form of collective punishment of families of suspected Palestinian attackers; the growing movement of settler communities and Knesset members to recapture the Holy Sanctuary, destroy adjacent Muslim shrines, and “Judaize” occupied East Jerusalem; and, more long-term, the persistence of the occupation and denial of Palestinian self-determination.

Adding fuel to the grievances were Prime Minister Netanyahu’s remarks to a meeting of the Knesset Foreign Affairs and Defense Committee in October, reported in Haaretz. Contrary to his claim to support the peace process and a separate Palestinian state, the Prime Minister avowed at the meeting, “At this time we need to control all of the territory for the foreseeable future,” and “we will forever live by the sword.”

Many of those interviewed for the B’tselem report emphasized that they do not condone “reactive violence” of any kind, and regard the recent rash of stabbings as “counter-productive.” Many also agreed with a statement by Omar Barghouti, well known Palestinian writer and human rights activist, that “those who truly wish to see an end to all violence should strive to eradicate its root causes, thus cutting off the roots of this poisonous tree.”